Do You Qualify for Dual Citizenship?

One of the biggest obstacles to youth soccer training in Europe is the lack of a EU passport.  FIFA rules are very strict when it comes to minors. 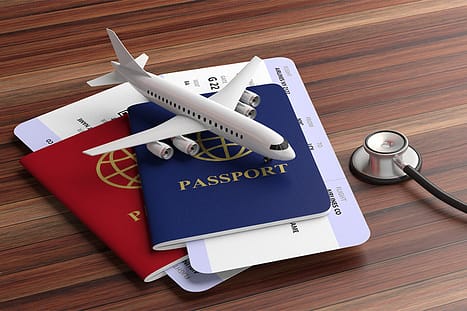 The lack of an EU passport is one of the biggest obstacles to youth soccer training in Europe . FIFA rules are very strict when it comes to minors.  To clarify, a minor is a child under the age of eighteen 18.  FIFA frowns on minors pursuing soccer training in countries where they are not citizens.  These rules were created to protect young people, but are often seen as an impediment to better training.  Click here to learn more about FIFA Rules for Minors.

The easiest way to circumvent these rules is by joining residential soccer academies in Europe that combined education with football training.  These are called Pay for Play Academies because you pay to be a part of them.  Players in these programs train under one of the FIFA exceptions for minors training abroad.

Players with EU citizenship can explore trying out for an established club team.  Players with EU citizenship may still need to train with a pay to play academy before joining a club team.  Training in the US is very different than in Europe.  Many players won’t be at the level that they can join a top program straight from the US.  They will require additional training.

Explore citizenship by descent.  This refers to an individual\s eligibility to obtain citizenship in a country based on their parents, grandparents, or in some cases, great grandparents.  For example, if your grandparent was a citizen of another country, you may be able to qualify for citizenship.

You have to provide proof of your connection (bloodline) to the overseeing government to qualify.  Dual citizenship is sometimes permitted.   Moreover, dual citizenship allows a person to qualify for a second passport.

Therefore, this  permits the holder to work, study and live in the EU member nations without restrictions.

Lithuania allows dual citizenship.  You must meet the following requirements to be eligible.

The UK immigration rules allow an individual to automatically claim British citizenship if they have a grandparent who was British.  Likewise, citizenship has occasionally been granted based on a person’s great grandparent.    This is called British Citizenship by double descent.

In conclusion, it is worth exploring the possibility of obtaining dual citizenship if you are the child, grandchild or great-grandchild of a recent European immigrant.

You can learn about Soccer leagues in the UK by clicking here.